There’s no denying that this is a catchy yet goose-bump raising track. And since it came out, it’s been playing on repeat in my head. I’m humming it on my walk to the subway in the morning, I’m belting it out in the shower.

I never even liked Kesha before. Am I the only one who feels that way?

It’s more than just a catchy power ballad. I think with this song, Kesha taps into something profound, that inspires us and challenges us to do something different, and difficult. Some reviewers have called it empathy. But I think what Kesha does is even harder than that. She’s demonstrating the courage to show love for her enemies.

Variety offers a quick recap of the struggle and subjugation that Kesha has faced over the past couple of years:

“Since October 2014, [Kesha’s] been embroiled in a horribly public fight for independence from [her producer] Dr. Luke after suing him for emotional distress, unfair business arrangements and accusing him of sexual assault. That was followed by a brutal to-and-fro tennis match of charges against each other.”

There are many ways Kesha could have responded to these circumstances. She could have written a song that responded with hatred, anger, a desire for retribution (like Taylor Swift did, for example). But instead, she faces her pain with love and empathy, writing a song that’s ultimately about salvation.

I’m not trying to make this song into something more than it is. I have no idea what Kesha’s intentions were with her lyrics, or what real prayers, if any, were spoken behind them. All I’m saying is that Kesha is tapping into something deeply Christian. And in popular culture today, where often even a whiff of Christianity is met with cynicism, it is shocking and delightful to see.

On loving your enemies

You have heard that it was said, ‘Love your neighbour and hate your enemy.’ But I tell you, love your enemies and pray for those who persecute you, that you may be sons of your Father in heaven. He causes His sun to rise on the evil and the good, and sends rain on the righteous and the unrighteous. If you love those who love you, what reward will you get? Do not even tax collectors do the same? And if you greet only your brothers, what are you doing more than others? Do not even Gentiles do the same? Be perfect, therefore, as your heavenly Father is perfect. (Matthew 5: 43-48)

It’s a powerful and challenging message, especially for today’s divisive culture, which more and more seems to respond to hatred and anger with more hatred and anger (just spend five minutes on social media – one of the key drivers of this problem – to see examples of this).

Kesha’s song is playing on repeat in my mind as a constant challenge to attempt the much more difficult response: to love my enemies, to pray for them, to hope that their souls are changing, as she sings. 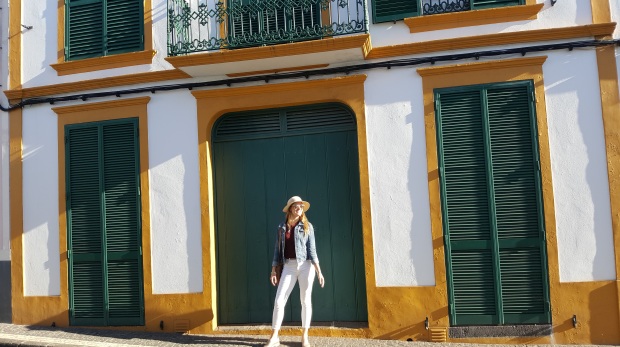 Five years into our relationship, he said he wanted to become an Anglican priest. Now we’re married and he’s in seminary. This blog is about my experience, my joy, and my struggle being a priest wife and finding faith.